A Month of Reading: September 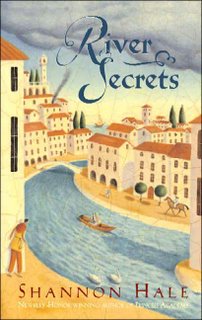 Enthusiasm by Polly Shulman
This sweet, smart little novel follows 15-year-old Julia Lefkowitz who loves Jane Austen. Enter her best friend Ashleigh the Enthusiast. Ashleigh adobts Austen as her latest obsession, dragging Julia off to crash an all boys school cotillion in search of a Darcy and a Bingley apiece. Suitable young men are found (naturally), but which one is which? Delightful and quirky, full of sly Austen references, and even a play within a play. I stayed up late in the closet reading this one. No finer recommendation.

Big Mouth & Ugly Girl by Joyce Carol Oates
My first Joyce Carol Oates book. Her first YA offering. A match made in heaven apparently. It reminded me of a more "American" (?) version of Just in Case. No less angst, but a little more hope. The two main characters, Matt and Ursula, develop alter egos (see title) which in turn enable them to cope with the shocking events of their junior year. Ignore the puzzling, slightly garish cover and definitely give this one a shot.

Sister to the Wolf by Maxine Trottier
I've been doing quite a bit of historical research on Canada recently, so when I saw this title pop up, I checked it out. It focuses on the friendship between a young Quebecoise named Cecile, and Lesharo--the indien slave she buys in order to set him free. If you enjoy 18th century colonial fiction, Sister to the Wolf is a solid choice.

River Secrets by Shannon Hale
The 3rd Bayern Book is out and it's just as enjoyable as the first two. Hale manages to imbue the tiniest inanimate object with a wealth of emotion and movement, with the result that her worlds feel so tangible and real, you forget they're not, that you don't live there, that you haven't all your life. Enna and Finn were there. Razo's hair was spiky as ever. It was so good to be back.

The Well of Shades by Juliet Marillier
Okay, I'd been waiting a year for this book--the third in Marillier's Bridei Chronicles--and upon finishing it it's definitely the best in the series so far (the fourth book is in the works). How many 3rd books in a series can you say that about? Faolan has been my favorite character since book one. He is the focus of this volume, though all the old friends are there, and his story is still the most compelling in my mind. But my favorite thing about the book? Eile--the best Marillier heroine since Liadan.

The Goose Girl and Enna Burning by Shannon Hale
Everyone loved The Goose Girl and so did I. How can you not love Isi--the princess who becomes a goose girl and learns how to fight and save her own life? That said, much like Finn, I'm even more captivated by Isi's best friend Enna. So naturally Enna Burning is my favorite of the two. I mean, the title alone.I reread them both in preparation for the release of River Secrets, and I have to say Goose Girl improved the 2nd time around (and I did love it the first time). And Enna Burning was just as I remembered it. Strong and painful, fiery and deep. Like Enna herself. Razo describes her best, "She hated it when her hair touched her neck. She also hated having dry fingertips, music without drums, and potatoes without salt."

How I Live Now by Meg Rosoff
"It would be much easier to tell this story if it were all about a chaste and perfect love between Two Children Against The World At An Extreme Time In History but let's face it that would be a load of crap." This line from the book was on the inside dustjacket flap when I picked the book up in the bookstore. I read it, closed the book, made my purchase, and fairly ran home to start reading. I read it in a day, went to bed, got up and read it again. My new book group just read it for our inaugural meeting. We had a really good time and everyone enjoyed it. As I hoped they would. (As I have trouble imagining anyone wouldn't)! If you haven't read this one yet, please do.