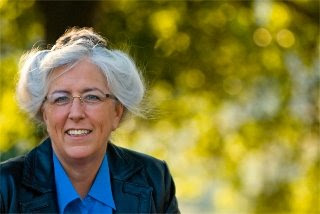 First off, apologies to Angie and her Ville for the delay in this post. My brain went dead following two weeks on the road, and the various attempts at writing something produced words so dull, they put me to sleep. Of course, pretty much anything put me to sleep, after an average of 5 ½ hours of sleep a night for 12 nights…

One of the things I love most about an author tour is having a chance to meet the people who read my books. In a normal job, a person gets feedback as she goes along, conversations with customers and colleagues, but my job is to sit in a quiet room for ten or eleven months and tap my fingertips down onto buttons. Little opportunity for ongoing feedback there.

On a book tour, it’s all about the feedback, particularly since my events consist of about ten minutes of me talking, two minutes of reading from the book, and 48 minutes of Q&A. It’s true, as my daughter pointed out, that I don’t actually answer the questions, but I do use them as springboards to talk about some topic that is more or less (granted, sometimes a lot less) related to the question. And no one has ever loudly complained that I didn’t give them an answer, so I guess they’re happy.

But one of the joys of the events is seeing how fiction touches people. Readers come to my events not to hear how I do research, or to ask how they can get published, or to complain about the flaws in my chronology. They come as an acknowledgment of the power of the story.

Sometimes people who come to an event are not familiar with the work of this particular writer, but they’re curious to see what such a creature looks like. Or they come because they’ve heard I write about England, or history, or Sherlock Holmes, or a lesbian cop. They come to get a taste of who I am, and (with luck) stay long enough to buy at least a paperback, so as to dip their toes into the water, but that they come at all to listen to a person they don’t know is an acknowledgment of fiction’s power.

It’s an odd sensation, at times, to know that a fictional creation for whom I am responsible has changed lives—actual, physical, lives. I know of at least half a dozen young women who have aimed themselves at Oxford because of Russell, and more who have gone into a study of theology because that is Russell’s chosen field. I have heard of two separate women who went to India in part so that they could follow Russell. I have yet to meet anyone who deliberately sought out and married a man forty years her senior, or who went to live with the Bedouin, but those will no doubt come.

Fiction is an escape, but fiction also enlarges us, gives us a stage to spread our wings and become something more. A book tour reminds an author of this very real responsibility, a part of the dialogue between writer and reader. And even if it means I miss a promised deadline for a guest blog, it is a valuable reminder of why I do what I do.

Laurie R. King is the Edgar award winning, New York Times bestselling author of the Mary Russell series of historical mysteries, the modern police series of Kate Martinelli, and a number of standalones. Her web site (www.LaurieRKing.com) is celebrating the publication of her ninth Mary Russell novel, The Language of Bees, now in stores everywhere.