North and South or, Things Angie Can't Get Out of Her Head 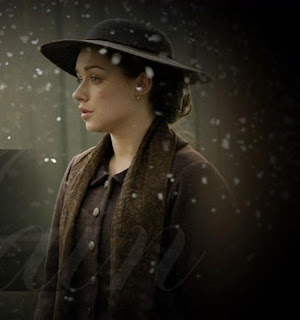 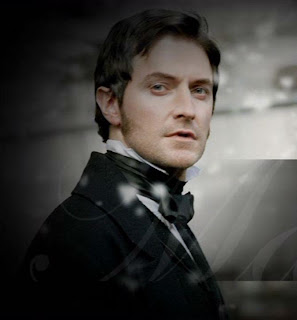 Not long ago we had a splendid discussion about book to film adaptations, our favorites, and those to be avoided at all cost. When I made my list of favorites, I had only just barely watched the excellent BBC adaptation of North and South. I longed to put it on my list, but did not as I have not actually read Elizabeth Gaskell's novel--a fact I really should remedy. Gaskell is one of the few rather glaring absences in my 19th century reading. For those of you wondering why the BBC would adapt a Civil War novel, this is not the John Jakes doorstopper or the 80s miniseries starring Patrick Swayze. This is a classic Victorian novel of the same name, which focuses on a middle class young woman who moves with her family from the south to a grim, industrial town in the north of England. There she encounters a cotton mill owner by the name of John Thornton and is thereby caught up in the roiling conflict between lower class workers and upper class masters that is on the brink of tearing the town of Milton apart. The BBC adapted it in 2004 and the film stars the relatively unknown (at the time) Daniela Denby-Ashe and Richard Armitage.
I loved this adaptation. I watched it first at girls' night with three other friends and then couldn't get it out of my head. So I watched it again, this time with my mother, and she loved it just as much as I did! Not that I doubted it, but you know how you can love something so much you have that slightly nagging feeling in the back of your head telling you you're unhealthily obsessed and other, more normal people would think the object of your obsession was nothing special? I'm not saying I'm obsessed. I'm just saying. I really liked this movie. And a lot of it has to do with the dude above on the left. He spends the majority of the time looking just like that, btw. Grim, brooding, barely suppressed fury at times. He's Rochester meets Darcy and, come to think of it, the movie itself gives off a rather Jane Eyre meets Pride & Prejudice vibe. These two dislike each other on sight and go out of their way to discomfit and annoy one another. But under the surface, subtler currents are at work undermining their carefully crafted disdain. There's even a botched proposal and then more brooding. Unlike P&P, however, the story is not just about the two leads. It is equally rife with biting social commentary and thoughtful explorations of the areas where class and gender meet and cross. It is a dark story and death lurks around almost every corner, though thankfully there are no mad wives in the attic. But two hours go by before anyone smiles and you do begin to wonder if you're in for anything other than suffering and longing glances. But trust me, you are. You so are. I mean, at one point, he actually removes his cravat...
I'm not going to go into any more detail for fear of spoiling it for the two of you who haven't seen it yet. All I'm going to say is it has the most breathtaking ending ever and please to go watch it now! And, as always, come back and tell me what you thought. One last glance to cement your resolve: 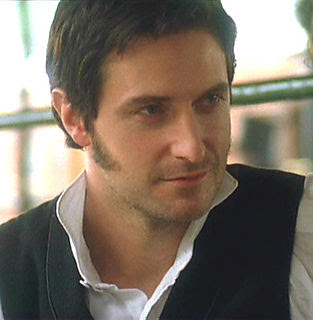