How I Live Now: The Movie 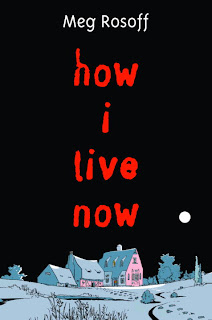 I am so thrilled to tell you that Meg Rosoff has announced that she sold the film rights to her fabulous dystopian novel How I Live Now! They've got a director and a script and everything. This book is one of my most beloved. Perfect in every way. I even named my daughter after one of the characters in it. Even though they could screw it up royally, I will be seeing it the day it comes out. Because what if they got even one scene just exactly right? Like, say, the day they go swimming. Sigh. Ms. Rosoff has a hilarious FAQ post up on her blog in which she assures readers they will not cast Meryl Streep as Daisy, the story will not be reset in Orange County, and the film will most likely be released late next year. All of which is music to my ears.