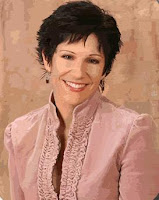 Almost a year ago I read a sweet, contemporary Beauty & the Beast retelling by the name of Crazy Beautiful

. It was my first Lauren Baratz-Logsted book and I concluded it definitely wanting to check out more of her work. Her latest release, The Education of Bet

, is a young adult historical fiction novel featuring a few of my favorite things: cross-dressing, switching places, girls thirsty for education and all manner of such fun things. Today I'm excited to be part of Lauren's unique celebration tour. I got to ask her one question. Any question. And she promised to answer truthfully. I hope you smile and enjoy her response as much as I did! 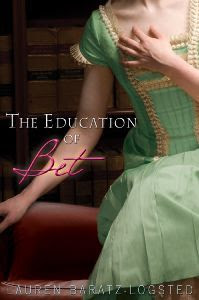 If you could spend 24 hours with one fictional character, which character would you pick and what would you do?

these days, because I have a YA novel coming out next year that involves that book and, you know, time travel. But now that I've settled on the book, I need to choose a specific character, don't I? There's Beth. I could spend the day with her, keeping her from visiting the Hummels because visiting the Hummels eventually leads to her death. But no, that's not right. It's Beth's nature to be charitable, and let the scarlet-fever chips fall where they may. Laurie, then? To talk him out of marrying Amy, because that marriage will frustrate generations of readers to come? But no, that's not right either. Trying to talk a male out of doing something he's set his mind to is like... I don't know; I'm at a loss for a simile here. I know! Jo. I'll spend 24 hours with Jo March. I'll talk her out of being a silly goose where Laurie is concerned - just being called a silly goose should raise her hackles. I'll tell her Laurie has always been the right guy for her, that everyone knows it except her. Then I'll teach her how to shoot pool so she can play with Laurie on that table he's got in his house. And then I'll ask for her advice on my latest book. It's because of her that I and so many other women in the last 100+ years have taken to the pen. I think she owes it to me to help me out.


Great, huh? And so fitting, as we were talking about the March sisters just the other day. Lauren, you can also chalk me up as being very much in favor of the pool table idea. Thanks again for stopping in!


The One Question Interview Tour continues on. Be sure to stop in Monday, July 19th at Heidi Ayarbe's.