Review | The Café by the Sea by Jenny Colgan 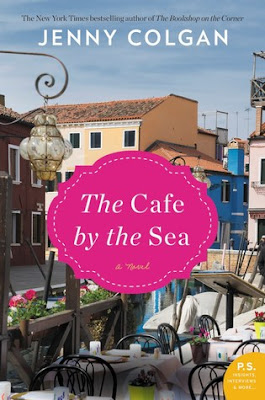 I was not expecting this. I was simply not expecting just what was to come when I picked up this deceptively pleasant-looking novel. My mom gifted me a copy of Jenny Colgan's The Café by the Sea awhile ago, but it took until the other night while I was browsing my shelves after starting and stopping no fewer than four different books for me to snatch it up off my TBR shelf and give it a go. And I'm not remotely ashamed to say that I didn't even make it past the epigraph before falling hopelessly and irretrievably in love. The epigraph read:


hiraeth (n): a homesickness for a home to which you cannot return, a home that maybe never was; the nostalgia, the yearning, the grief for lost places in your past

Tears filled my eyes. I cannot tell you how frequently I experience that emotion as an adult, how complicated and full (and yes, very often painful) it has been trying to accommodate it, and just how very much it meant to me, knowing that there is a word out there that means exactly what I feel, that holds in it the precise shape and weight of my longing.

Flora MacKenzie fled to London as soon as she possibly could. Leaving the northern Scottish isles and her home island of Mure, her brothers, her parents, and their farm, she went in search of the life she (and her mother) felt certain should be hers. And life as a paralegal at the top law firm in London does have its perks. A couple of truly good work friends, not bad pay, access to everything that kind of bustling, never-sleeping city can provide. And, of course, it has Joel Binder. Never mind that he is her boss, technically American, and can never remember her name unless his secretary provides it. Joel has just kind of been it for Flora ever since she walked into the office on her first day at the job. And yes, she realizes it's hopeless and ill-advised and simply never going to amount to anything. But, try as she may, she just can't seem to shake the crush. And then one day she is summoned to Joel's office. It seems an extremely high profile American client requires Flora's expertise as a native of Mure. He plans to set up a luxury resort on the island and wants her to ease the way, so to speak, with the locals. Which is how she finds herself sent back home against her will and her better judgement. And everything is exactly as it was (and as she feared). Her mother is still dead. Her father and brothers are still failing to deal with it. The townsfolk are still judging her for up and leaving in the first place. And the whole thing seems utterly impossible, to say nothing of the fact that Joel will be flying up shortly to check on her work and she has absolutely nothing to show for it.


As they stood together gazing out to sea, Lorna leaned over toward her.
"It's going to be okay," she said quietly, because she was the very best type of friend to have.

The friendships between the people on this island are very quiet and very real. Flora and her childhood best friend Lorna are quite different from each other, and Lorna (who stayed on the island and teaches at the local primary school) spends much of the novel trying to open Flora's eyes to how she really feels about their home. But they are always there for the other and very much in each other's pockets when it comes to Flora's hapless brothers' antics and Lorna's hopelessly unrequited love for the local doctor. As for the setting, there's very little to say beyond the fact that the moment I landed on Mure with Flora, I was a goner. There is magic embedded in the shores of Mure. The way Ms. Colgan describes this fey land is filled with a love that is bone-deep and a spirit that is wild and endless. My question wasn't whether Flora would stay. It was how in the world everyone that should stay would ever be able to. Fortunately, the pop-up café that Flora finds herself setting up (with the help of her mother's old recipe book) goes a long way toward bringing the island inhabitants (and transplants) together and healing many of the old wounds that have plagued them.

It is not a hardship loving these characters. Particularly Flora. And particularly Joel.


Joel was taken aback, suddenly, by the startling nature of seeing them there. It was the oddest thing. He'd never known anything quite like this; he had never thought about families, not in this way. But if he had . . . It was so strange. The laughing girl with the pale hair; the tiny child who looked like a miniature witch, who even now was running up to him, that strange white hair cascading out behind her, shouting, "YOEL!" with a huge grin on her face; the music; the turning, laughing women; the soft scent in the air; the warmth of the lights.

It was like walking into something he was already nostalgic for, without it ever being his, without it even having passed him by. It was a very strange feeling. From when he was very young, Joel had learned that if ever he wanted something, he should just take it, because so few people seemed to care what he did or how he did it. But this; this didn't belong to him. He couldn't even see how it ever could. You couldn't buy what they had.

Joel. My chest feels rather tight whenever I think about Joel and his solitary soulness, his crushing drive, and the helpless and inevitable way he falls under the thrall of both Flora and her home. This land where the sun rarely sets in the summer, where the people lean always into the wind, where some women are just acknowledged to be selkies and that's the way of it. It isn't a wonder this pair of Americans wanted to stay. I did, too. The Café by the Sea is summer reading of the finest kind.