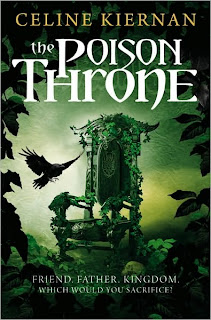 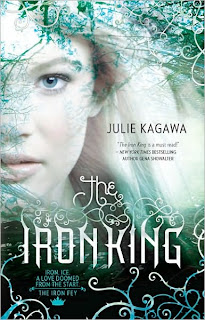 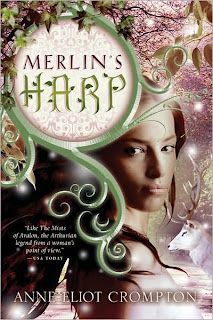 Don't these three look like they belong together? I was struck by the similarities in font (particularly with the two on the right) and just the general style and feel. I love how they look together and I am anxious to get my hands on all three.

The first in Kiernan's Moorehawke Trilogy, The Poison Throne follows young Wynter Moorehawke as she goes from a life of peaceful anonymity to a life of exile with her father and back to her homeland once more. In the five years of her absence, she finds her home changed beyond recognition and herself thrown into the middle of a kingdom tearing itself apart. I have the impression this was previously published in the UK and is now making it's US debut. Due out April 7th.

I am a very large sucker for all things Arthurian. What can I say? I'm always on the lookout for that perfect retelling, adaptation, what have you. Merlin's Harp was originally published in 1995 and is being rather fetchingly repackaged by Sourcebooks for a new YA audience. Told from the perspective of Niviene--the Lady of the Lake's daughter and Merlin's apprentice--this revisioning of the old tale has me tapping my nails in anticipation. Due out March 1st.

The Iron King by Julie Kagawa

The first book in the Iron Fey series, The Iron King combines elements of the previous two pretties as it follows modern young woman Meghan Chase whose life takes a drastic turn for the unknown when she discovers she is actually the daughter of faerie royalty. Word is this YA fantasy reads like The Neverending Story meets A Midsummer Night's Dream. So basically you'll want to get your hands on it the day it comes out. Which is just around the corner, btw. Due out February 1st.