A Marillier & a Shinn: Part II 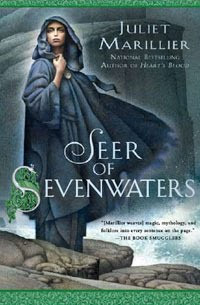 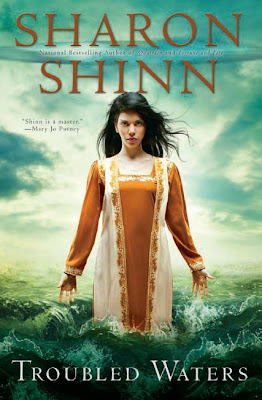 It's a coverpalooza here today! But I couldn't hold back with these two. They've been bumping around the nets for a little while now but only in small-ish versions and I was waiting for the nice big ones to highlight. You see, they're kind of heavy hitters for me. And for the past couple of years they've been consistently sending my little heart into pitterpats of joy by both releasing books in the fall.


First off, Juliet Marillier is continuing on with her wonderful Sevenwaters series and this year her offering is the sequel to Heir to Sevenwaters--a Best of 2008 book for me--with Seer of Sevenwaters. This one follows Clodagh's younger sister Sibeal:

The young seer Sibeal is visiting an island of elite warriors, prior to making her final pledge as a druid. It’s there she finds Felix, a survivor of a Viking shipwreck, who’s lost his memory. The scholarly Felix and Sibeal form a natural bond. He could even be her soul mate, but Sibeal’s vocation is her true calling, and her heart must answer.

As Felix fully regains his memory, Sibeal has a runic divination showing her that Felix must go on a perilous mission — and that she will join him. The rough waters and the sea creatures they will face are no match for Sibeal’s own inner turmoil. She must choose between the two things that tug at her soul — her spirituality and a chance at love. . .

Even cooler, check out that cover blurb. Yup. That's a Book Smuggler quote. Way to go, Thea!!!
Seer of Sevenwaters is due out December 7th.
Next, Sharon Shinn is starting the first in a new series. Those particular words are music to my ears. I discovered Shinn through her excellent Samaria series and, when she started the Twelve Houses saga, I worried whether or not I would like it as well. It's always that way after the first time you fall, isn't it? Well, she blew me away with Mystic & Rider and Senneth and Tayse and their trusty companions. And now that that series is completed, I look forward to Troubled Waters with much anticipation and excitement. The blurb:

Zoe Ardelay receives astonishing and unwelcome news: she has been chosen to become the king’s fifth wife. Forced to go to the royal city, she manages to slip away and hide on the shores of the mighty river.

It’s there that Zoe realizes she is a coru prime ruled by the elemental sign of water. She must return to the palace, not as an unwilling bride for the king, but a woman with power in her own right. But as Zoe unlocks more of the mysteries of her blood — and the secrets of the royal family — she must decide how to use her great power to rise above the deceptions and intrigue of the royal court.

I can't wait to meet Zoe and watch her come into her powers.
Troubled Waters is due out October 5th.