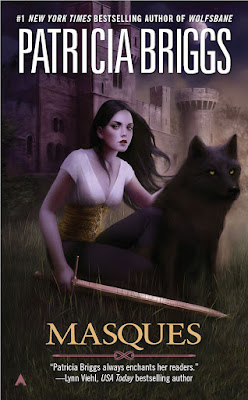 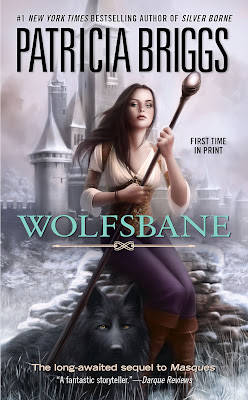 I am very excited about these two upcoming releases, you guys. Instead of getting a third installment in Patricia Briggs' Alpha and Omega series this year, we're being treated to something different and new. Masques

was first published fifteen years ago and it is Ms. Briggs' first novel. It is also the first in a series (of sorts) called the Sianim series, which includes previously published books Steal the Dragon

and When Demons Walk

. These are self-contained standalone novels that take place in the same world. The direct sequel--Wolfsbane

--was written but never published. Until now, that is. This fall we get a repackaged, revised edition of Masques

September 28th. And then, in November, we get Wolfsbane

for the first time in print. And these are the new covers. All I know is that the books involve shapeshifters and a character named Wolf. Sign me up!