So Far Away Pretties 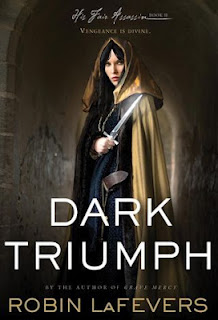 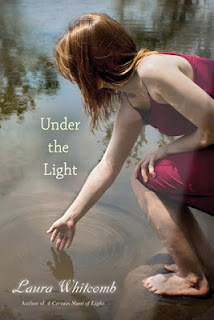 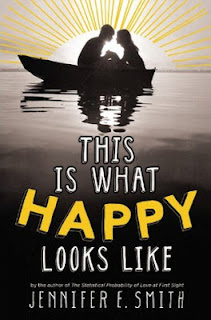 So never mind that these three pretties aren't due out until next spring. Let's focus on how awesome they are likely to be and how ecstatic I was to run across their covers. I trust all three of these authors (two of them new-to-me discoveries this year) to come through with beautiful writing and a sophisticated tale. One is a direct sequel, one a companion novel, and one a standalone. All three bode well for 2013.

Dark Triumph by Robin LaFevers
This is the second in the His Fair Assassin trilogy and sequel to the most excellent Grave Mercy. Though I'm not quite as enamored of this cover as I was with the first one, I am no less excited for Sybella's story. And I love the tagline, "Vengeance is divine." You spend most of the first book wondering what in the world is going on with this girl, so it's going to be just very good to find out!
Due out April 2nd

Under the Light by Laura Whitcomb
At last! A cover! My heart can only stand so much happiness and the release of the long-rumored companion novel to Whitcomb's fabulous A Certain Slant of Light is going to push me pretty close to full capacity. I consider the first book pretty much perfect, and I won't be fit for polite company until I get my hands on Jenny and Billy's story. They deserve a good one.
Due out May 14th

This is What Happy Looks Like by Jennifer E. Smith
The Statistical Probability of Love at First Sight was something of a sleeper hit for me this year, and so it is with much delight that I anticipate her sophomore novel. I'm eager to delve into her writing again and the Sleepless in Seattle-ish story line puts a smile on my face. I also love the way it will look next to its sib on my shelf. With the matching font, the silhouette, and the bright yellow for contrast.
Due out April 2nd