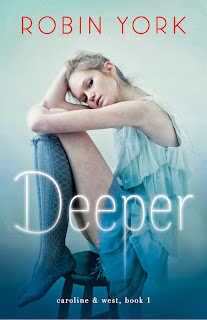 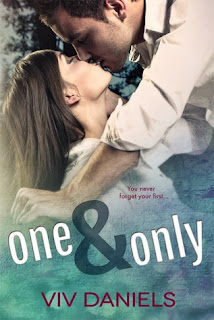 Within the next few months, two writers I adore are coming out with New Adult titles written under their brand spanking new NA pseudonyms. I was kind of charmed at how well these two covers go together, and while I remain two parts skeptical/one part intrigued by the current massive explosion of NA titles, when it's done right, I love it. And so given my stellar track record with these authors, I will definitely be checking them out just as soon as I can.

Deeper by Robin York (aka Ruthie Knox)
So. I give you shady boys who work in bakeries, disillusioned girls who cannot sleep, and the tragic consequences of betrayal in a digital world. As always with Knox, this is gonna be good.
Due out January 28th

One & Only by Viv Daniels (aka Diana Peterfreund)
Here we have secret half-sisters, dastardly businessmen, geeky bespectacled scientists, and a whole lotta angst. Peterfreund was writing top-notch New Adult novels long before it was a thing. I just know this one's going to hit the spot.
Due out November 8th