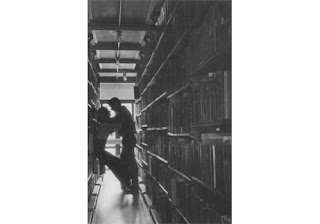 Rowena over at The Book Binge had a charming post up on her first kiss and what it was like and how she remembers it like it was yesterday. She goes on to talk about her favorite between-the-pages first kisses and why she loves them. I thought it was a lovely post and it made me realize that, though I'm rather a big fan of a good first kiss on the page, I haven't really spent much time thinking about which ones are my favorites.
Now that I have, I have to laugh at what seems to be a trend. I am apparently particularly fond of a first kiss that takes one (or both) people by surprise. Lol. I honestly had no idea I felt that way, but the evidence appears to be incontrovertible. I've removed the names to protect the innocent and prevent spoilers but there is really no way to talk about these kisses (even as briefly as I do) without risking some SPOILERS. So if you see a title you're planning on reading and don't want to know anything, please skip these short descriptions. I don't want to ruin anything for anyone!
Seven of my very favorites (in no particular order):

Son of the Shadows by Juliet Marillier--Almost in spite of herself, she takes a single step forward, puts her arms around him, and takes him unbelievably, monumentally, staggeringly by surprise. Sigh.
Mystic and Rider by Sharon Shinn--Very deliberately, hoping to discover the answer to her question, she takes his face in her hands and forces him to meet her halfway. The quality of his reaction takes them both by surprise.
Stand Down by Zack Emerson (a.k.a. Ellen Emerson White)--After months of exchanging letters and two nights spent just holding hands, he backs her into the wall and lays one on her. It takes her a few seconds, but she catches on.
Harry Potter and the Half-Blood Prince by J.K. Rowling--He's had a particularly awful day and then she bursts in, runs to him, and kisses him in the completely spontaneous, completely perfect moment we've all been waiting for.
Clockwork Heart by Dru Pagliassotti--She looks at him and really sees him for the first time. He's scared out of his mind and shaking with fear. And she holds him. And he rests his forehead on her shoulder. And he leans forward and kisses her.
Rites of Spring (Break) by Diana Peterfreund--These two have a History. Of combat. In an unfamiliar environment, they find the regular old rules don't apply. And when he's the only thing keeping her afloat, she grabs on for dear life.
Silent in the Grave by Deanna Raybourn--Mid-argument, against a tree on Hampstead Heath,
this explosive encounter between two people who've met their match (whether they know it yet or not) is not to be missed.

And there you have it. Interestingly, these first kisses hail from four fantasy books, one young adult historical fiction, one historical mystery, and one contemporary fiction. And it's four to three in favor of the girl kissing the guy. As for my first kiss...it was short, sweet, and didn't take either of us by surprise. And that's all you're gonna hear about that!

Now it's your turn. Tell me about your favorite between-the-pages first kisses and/or your own!