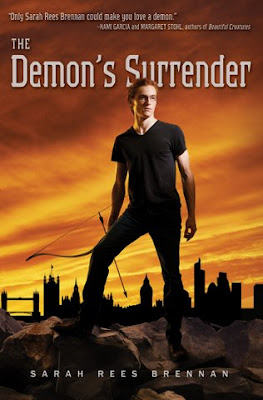 . And I say it's about time Alan got his own cover. Even if he is holding a bow (which is still awesome) and not his gun (which is Alan). But then I am an Alan Brigand if ever there was one, so I would say that, wouldn't I? This is the U.S. hardback cover and I'm anxious to see what the UK one will look like, as I've loved those covers immensely. What do you think? Who's your favorite character from the trilogy and what have you got your fingers crossed for in this conclusion to the series? You can read the first chapter over here.