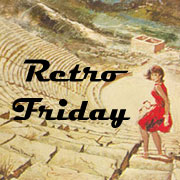 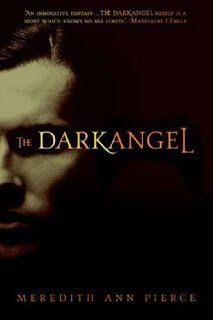 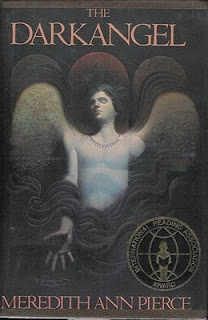 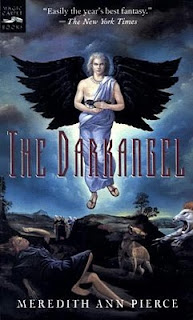 I'd been hearing lots and lots about Meredith Ann Pierce long before I ever picked up one of her books. For the longest time I associated her in my head with a book called The Woman Who Loved Reindeer

. And neither the title nor the cover did anything for me. But, as is so often the case, I had several friends who highly recommended her Darkangel trilogy. And they were persistent enough and vociferous enough that I finally picked up the The Darkangel

(much more interesting title and premise) to give a new author and a new series a go. This was probably somewhere around ten years ago. And I'm still so glad I gave in and picked up the trilogy. That way I didn't even have to wait before diving into the second book. And this really is a series that builds upon each previous book until the final showdown is indeed something to behold. This was Ms. Pierce's first book, written when she was just 23 years old, but you would never be able to tell. It's a treasure trove of creepy ambiance, layered characterization, and suspense. First published in 1982, this is a real Retro Friday book, though the entire trilogy was fairly recently rejacketed nicely and released to (hopefully) a new crop of readers.

Ariel is a slave. Accompanying her mistress on a flower-gathering expedition, Ariel is dismayed when her mistress is abducted by the terrifying Darkangel--a vampyre who is destined to only come into his full power when he acquires his fourteenth and final bride. Yes, you read that right. He's got twelve of 'em locked away in his fortress and Ariel's mistress gets to be unlucky thirteen. But not if Ariel has anything to do with it. Somewhat taciturn by nature (and life status), she sets off in pursuit of her mistress, determined to fetch her back before the Darkangel drains her all but dry of life like his other wives, finds a fourteenth, and ascends to the dizzying heights of power of a seventh son and a full vampyre. Then he will be immortal and have truly left the last of his humanity behind. Unfortunately, Ariel herself is captured on her journey, and the Darkangel forces her into servitude to his bevy of wraith-wives. Soon Ariel begins to form a plan to kill the Darkangel and set the wives free.


His hair was long and silver, and about his throat he wore a chain: on fourteen of the links hung little vials of lead.

I remember reading that line and feeling chilled, wondering just exactly what he carried inside those little vials. This is a vampyre novel of a different kind from the sort you may be used to. The mythology is woven very densely here, as the title character himself is more of a icarus-vampire hybrid than your typical broody night dweller. Everything about this dark fantasy/scifi is slightly left of what you expect it to be, and I love it for that very reason. Ariel is at times shy, furious, fearful, and bold. Her captor is coldly indifferent, with his black wings and his all-but-dead heart, but with a multitude of reasons lurking behind his violent search. And once Ariel discovers the truth of his history, his family, and his existence, she becomes determined to go on her own quest to recover the one object that might release him from his terrible fate. She makes this decision on her own, in the face of his certain disapproval and the possibility of her own annihilation. She is strong and sympathetic and her motivations never struck me as weak or dubious. The world these characters inhabit is as frigid as the Darkangel himself. Craggy and desolate, it provides an excellent backdrop for each character's isolation. Plus, it has friendly gargoyles, crafty dwarves, and one incredibly terrifying Lorelei. And this is only the beginning. It gets endlessly complicated through the course of the next two books as the reader grows fonder of both Ariel and the Icarus. I adore the entire trilogy and highly recommend it to anyone tired of the same old paranormal rigmarole. This one is different. A keeper.

, A Gathering of Gargoyles

, and The Pearl of the Soul of the World