Cover Reveal: All for You by Laura Florand

March 26, 2015
Forget what I said before about pacing ourselves when it comes to upcoming pretties. We are just gonna go ahead and switch over our regular programming to All Covers All The Time. And today's reveal is an absolute delight. You all know how I feel about Laura Florand's Amour et Chocolat books, which is to say roughly how I feel about a box of delicate macarons, a cup of rich hot chocolate, and a plane ticket to Paris—put them in my hands. So that's why I was over the moon to hear Laura is launching a whole new series set in Paris and featuring three young women attempting to make their way in the male-dominated world of French haute cuisine. All for You focuses on Célie who was Dom's chef chocolatier in The Chocolate Touch, which thing fills me with glee. Because snippets of Dom! 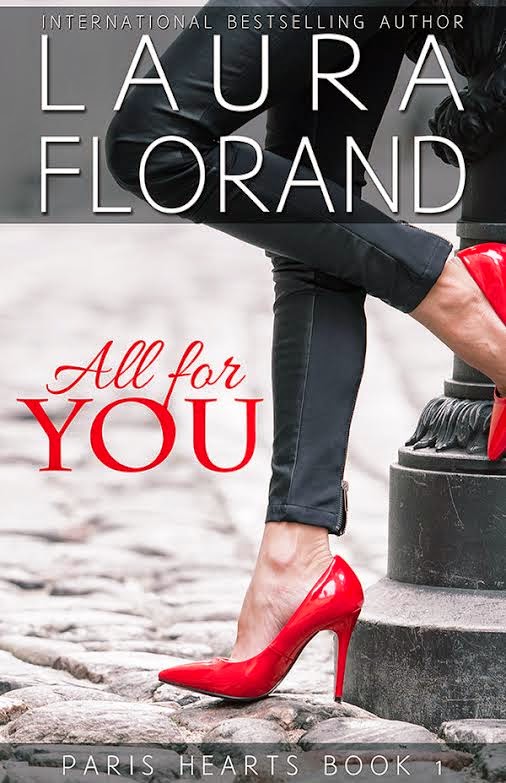 Some crushes aren’t meant to be

When her older brother’s best friend left to join the Foreign Legion, eighteen-year-old Célie moved on to make a life for herself as a Paris chocolatier. Now, five years later, the last thing she needs is another man to mess up her happiness.

But five years in the Foreign Legion is a long time for a man to grow up, and a long time to be away from
the woman he loves.

Especially when he did it all for her.

Half strangers, more than friends, and maybe, if Joss Castel has his way, a second chance…

PRAISE FOR LAURA FLORAND’S NOVELS:
“Chocolate, Paris, and a Greek god for a hero; this delectable confection has it all!” – Library Journal Starred Review
“(Florand) captures the nature of love, its fierce, soul-warming necessity, in a way that will make you as happy as the finest bonbon could.” – Eloisa James, The Barnes & Noble Review, a Best Book of 2013 selection
“Florand outdoes herself with this exquisite confection… painstakingly crafted and decadent as the sweets it portrays, leaving the reader longing for just one little taste.” – Publishers Weekly Starred Review
“Adorable, charming, whimsical.” – Smexy Books
“Florand serves up a mouth-watering tale of slow-burning passion and combustible consummation that’s as perfectly crafted as the hero’s surprisingly complex confections and as silky and addictive as the heroine’s dark chocolat chaud.”–RT Book Reviews, 4.5 stars, TOP PICK!, RT Seal of Excellence, RT Reviewers Choice nomination Best Book of 2013
“A delectable summer bonbon.” – NPR Books
“This is one of the cleverest, most persuasive enemies-to-lovers stories I’ve read in a long time.” – Dear Author, RECOMMENDED READ