December 31, 2013
It's New Year's Eve and there are 25 books on my list this year, guys. Twenty. Five. Books. That's 10 more than last year, and I thought that was a respectable showing. So I guess we can safely say it was a solid twelve months, and I'm so grateful for all the books that moved in this year. 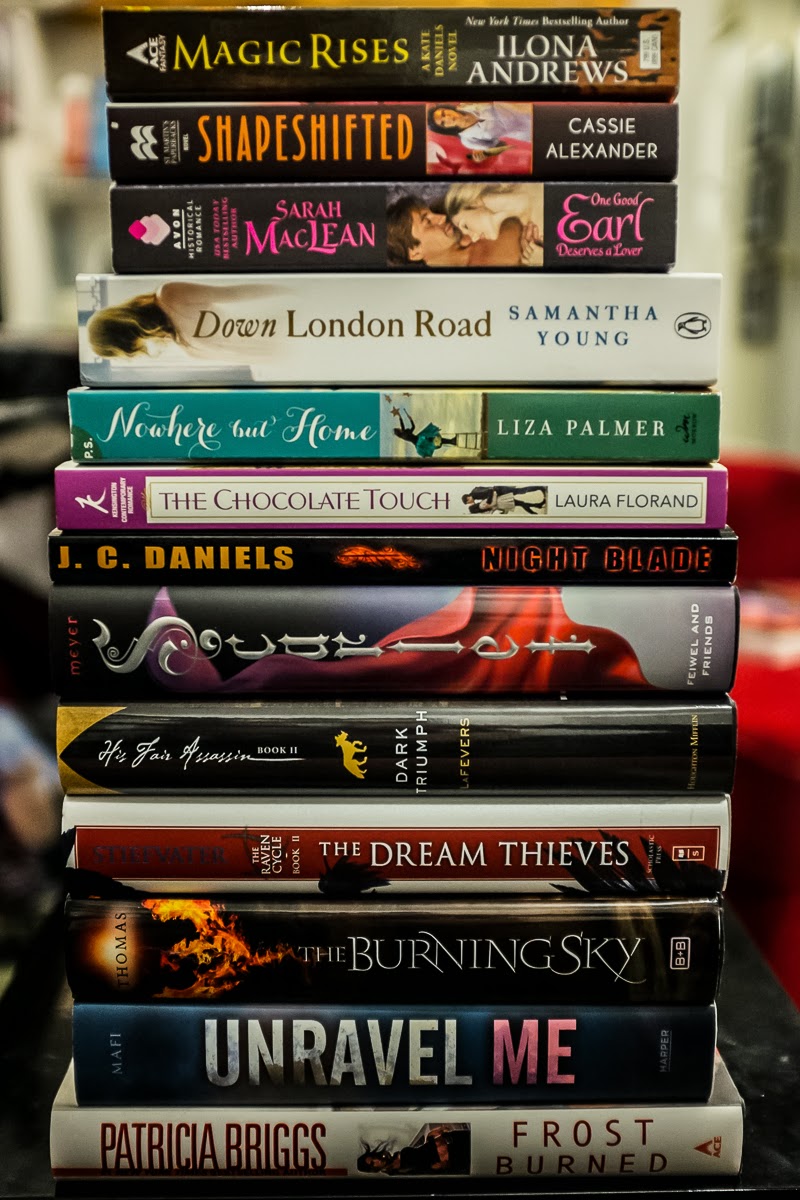 The love affair began earlier in the year with Big Boy and continued pretty much steadily throughout the year as I glommed my way through everything she's written, including the fabulous serialized novel Truly. Quiet. Intimate. Emotional. Honest. She hits all of my buttons.

As you know, I am not often falling for the nice boys. But Levi. Levi is worth all the swoons. As Cath points out so beautifully, he gives away nice like it doesn't cost him a thing.

You guys, I must have read it four times this year. It has somewhat astonishingly and rapidly become the most comforting of comfort reads. Callie & Ralston . . . oh my.

Best Books I read in 2013, Which Were Published in Another Year

A Rogue by Any Other Name by Sarah MacLean
Tiger Lily by Jodi Lynn Anderson
Unlocked by Courtney Milan
The Chocolate Thief and The Chocolate Kiss by Laura Florand
On the Island by Tracey Garvis Graves
Blue-Eyed Devil by Lisa Kleypas
Suddenly You by Sarah Mayberry
Blade Song by J.C. Daniels
Tempting Danger by Eileen Wilks
This Wicked Gift by Courtney Milan